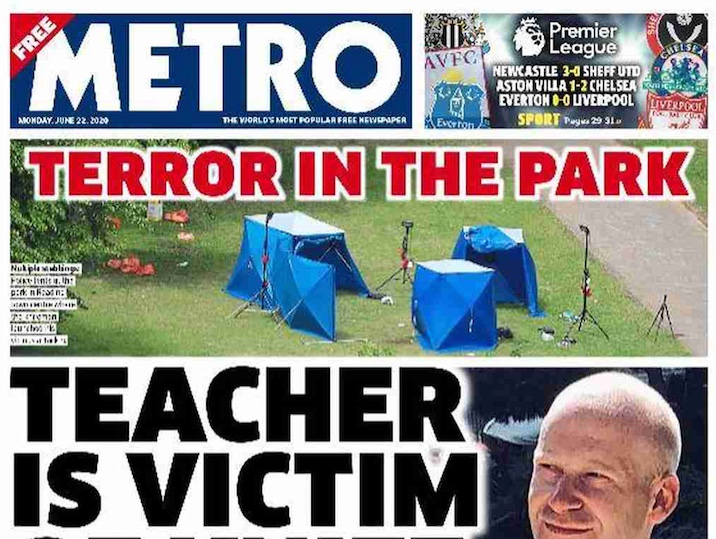 The knife attack with three dead in Reading Park, in the south of England, is the highlight of the newspapers of the United Kingdom of this Monday, 21, raising the suspicion that it is a “terrorist incident”.

Another three people were injured. A suspect of Lebanese origin, Khairi Saadallah, 25, was arrested. Among the victims who gained prominence in the editions is Professor James Furlong.

The attack came after a demonstration against racism. The Security Service (MI5) continues to investigate the suspect, who was already being monitored.