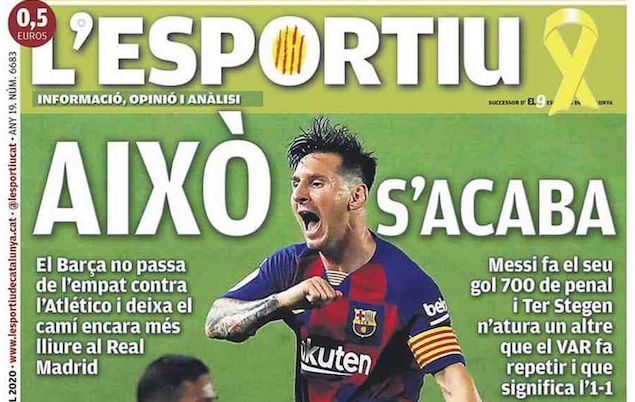 In an exciting game, valid for the 32nd round of the Spanish Championship, at the Camp Nou, Barcelona drew 2-2 with Atlético de Madrid, with Messi scoring his 700th goal, from a penalty. Another three penalties were scored in the match marked by the controversy and classification of Atlético de Madrid to the Champions League.

Another highlight of Europe’s sports newspapers this Wednesday, July 1, is Juventus’s 3-1 victory over Genoa.

With Cristiano Ronaldo‘s great goal, with a kick that would have passed 100 km / h.