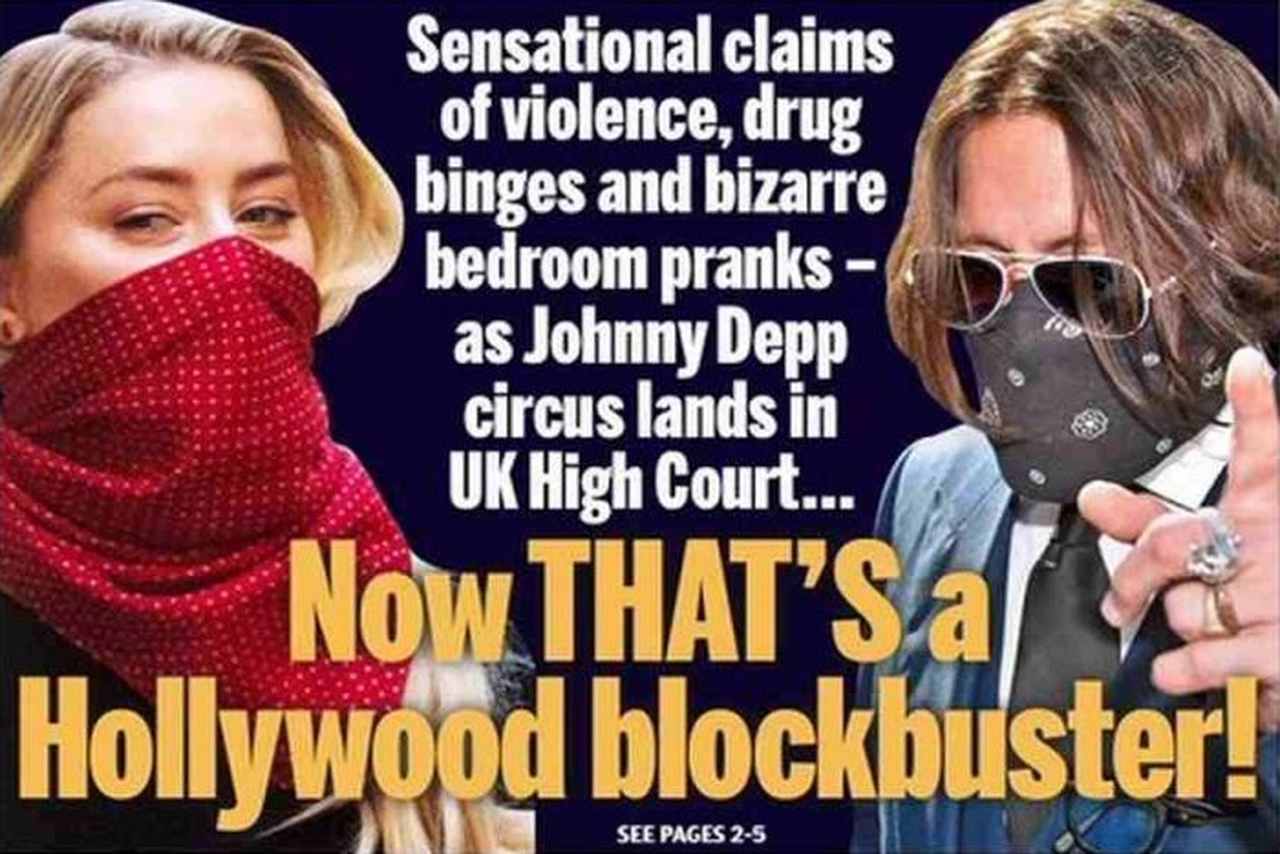 The main highlight of the UK newspapers editions of this Wednesday, July 8, is the judicial battle of actor Johnny Deep against News Group Newspapers, which edits The Sun. He accuses the tabloid of defamation for a 2018 article that the tabloid accuses him of ‘wife beating’.

He denies having mistreated any woman – and accused the ex-wife, actress Amber Heard (front cover of the newspapers with her flashy red scarf on arrival to testify this Tuesday, in London), of maintaining extramarital affairs.

Deep accuses his ex-wife of having extramarital affairs, shortly after marriage, with Elon Musk (Tesla) and actor James Franco.