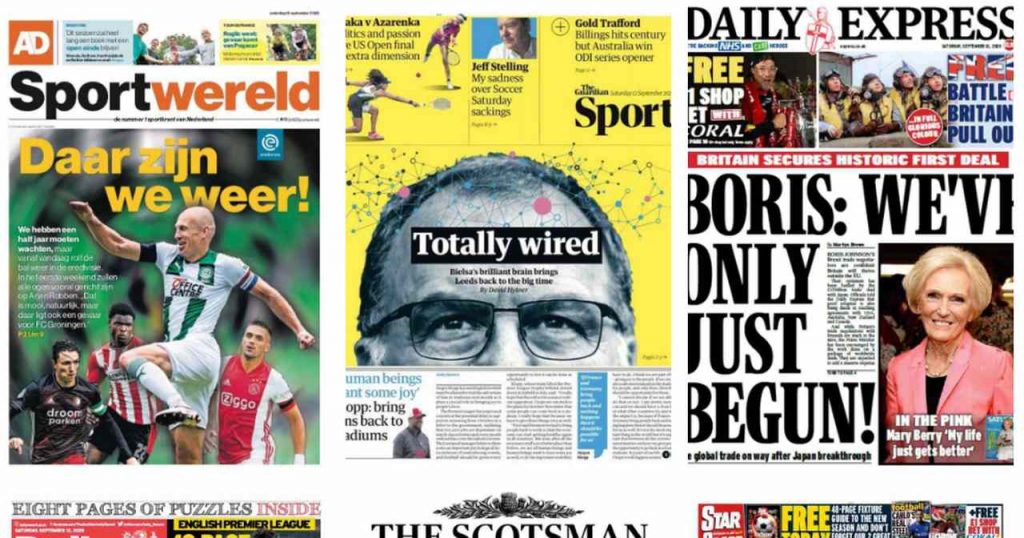 There are already more than 23 forest fire deaths in the United States, in a week marked by shocking images in the states of California, Oregon and Washington. There are dozens of missing people. Thousands had to leave their homes (in Oregon, 10% of the population) by the ‘wave of fire’, published in August.

Leeds United renewed their contract with Marcelo Bielsa for another season. The Argentine coach won the access division title, marking the team’s return to the elite after 16 years.

The warning signal for a second wave of Coronavirus is lit in the UK. The second most populous city, Birmingham, after banned family and friends from registering a new outbreak of the pandemic.

iThere are no comments