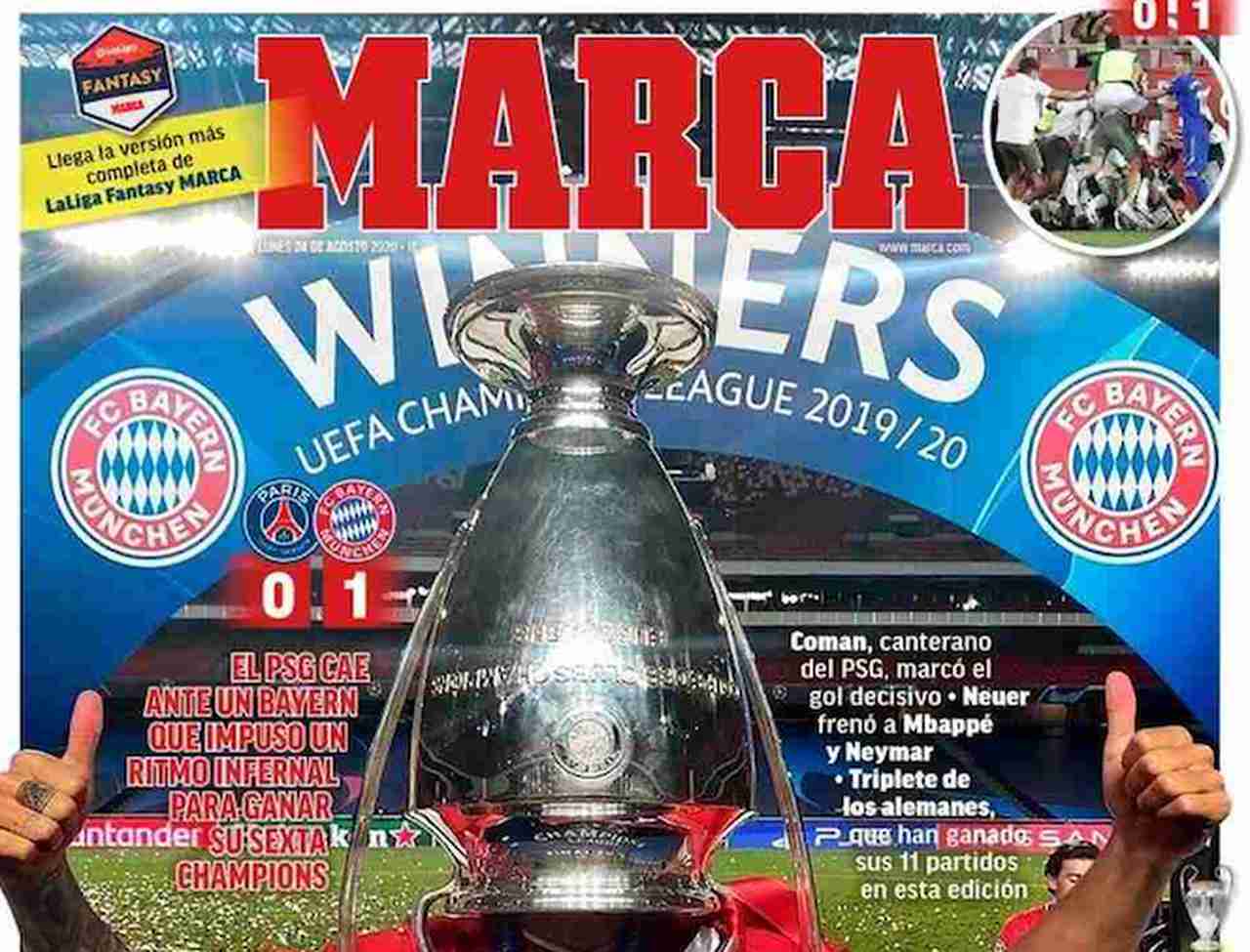 With the sixth Champions League title over PSG (1-0) in Lisbon, Portugal, Bayer Munich will share the third position with Liverpool of the teams that most won the competition. This is the main highlight of the European newspapers on Monday, August 24. In September, a new edition of the competition begins.

In an unprecedented way, the champion took the title with 100% success, although with an irregular schedule due to the pandemic.

For just two goals, Bayer would have tied Barcelona‘s historical record for the competition (99/2000): they swung the nets 45 times.

At the end of the match, Neymar cried on the pitch – and is farther away from winning the title of best player in the world this year.