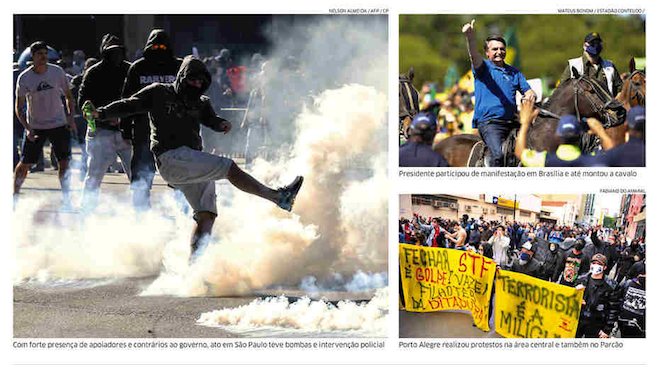 Protests for and against the Bolsonaro government in major Brazilian cities are the highlight of today’s Brazilian newspapers.

On Avenida Paulista, in São Paulo, there was a confrontation and Folha de S. Paulo quotes ‘Diretas Já’, a movement that occurred in the 1980s calling for the return of direct voting and the return of democracy while the country was living under a dictatorship.